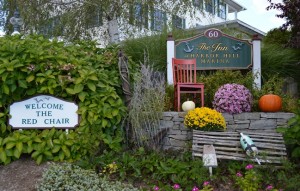 As the DINE blog readers know, the Red Chair has been making its way on a journey to all the New England states.  Along the way, the Red Chair will stop at all eleven DINE member inns.  It started its journey at the Captain’s House Inn on its Cape Cod swing, then visited the Cliffside Inn while in Newport, RI and the Camden Maine Stay Inn on its journey throughout Maine. 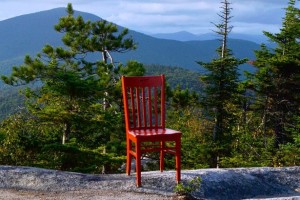 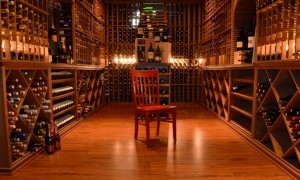 The next stop for the Red Chair’s New Hampshire swing was the Manor On Golden Pond, where it spent three wonderful days taking in lake views and joining as a witness for a wedding at the inn.  Beautiful weather translated to a few idyllic days on Golden Pond! 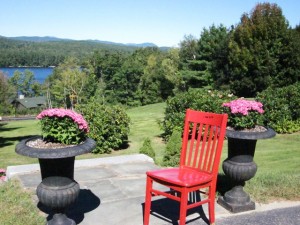 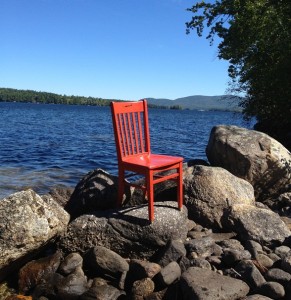 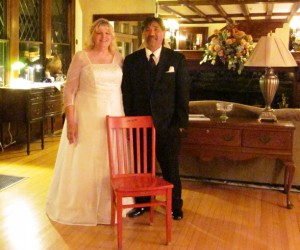 While the Red Chair will eventually return to New Hampshire, it’s taken a side trip to Connecticut, and is having a ball with Dave and Sue Labrie at the Inn at Harbor Hill Marina, visiting all sorts of attractions in Mystic Country.  While visiting the Mystic Aquarium, it had the chance to cavort with the Beluga whales and play with the penguins.  It’s spent plenty of time on the water too.  Today “Red” will join a camera crew from New England Cable News, posing in plenty of surprise places along the way.  Dave’s having a great time testing out his new camera on the Red Chair! 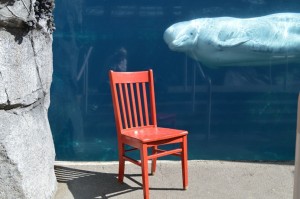 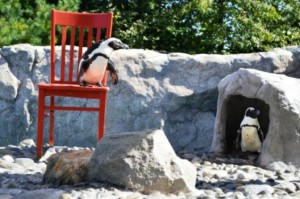 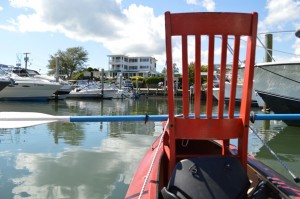 After a tour of inns in Connecticut, the Red Chair head back north.  Look for updates from the Rabbit Hill Inn and the Grafton Inn in November.  It’ll spend Thanksgiving at the Chesterfield Inn, then head to the Deerfield Inn and the Gateways Inn and Restaurant after that.  Don’t worry. We’ll keep you up-to-date with lots of news and photos of the Red Chair’s travels!