Each innkeeper profile featured on the DINE blog features another amazing story about the dedication, compassion and commitment of DINE innkeepers.  Having the opportunity to write these stories gives me special insight into the amazing people who make up the Distinctive Inns of New England.  Truly the most amazing part about working and staying at inns are the people.  Getting to know the innkeepers and the guests who stay at their inns is something that sets the B&B experience apart from hotels and resorts. Next time you’re considering a romantic New England getaway, consider a DINE inn, where the friendly and welcoming innkeepers will be as important a part of your stay as the accommodations and culinary vacations they provide.

Read on to learn about Karl Sabo and Jane Howard, whose international flair and culinary experience are just a few ingredients to their recipe for years of success at the Deerfield Inn. 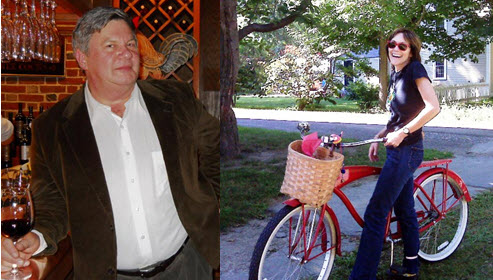 Meet Karl Sabo and Jane Howard, innkeepers at the Deerfield Inn for 27 years.

Karl was born in Niskayuna, NY outside Albany. He moved to Long Island as a toddler while his dad completed graduate work at NYU until the family relocated to the Finger Lakes area of upstate New York, where his love for the outdoors was fueled spent every day outside in the woods and by the streams.  Karl started his culinary career at the ripe age of 14, working the night shift at Dunkin’ Donuts. From there he graduated to working as an apprentice under a talented French chef in Moravia, NY.  It’s here Karl learned the meaning of “duck” as the volatile chef would fling lobsters at the staff once he had cut the bands off the lobsters’ claws. After graduating from high school, Karl talked his way into a job on an ocean cruise liner working every station in the kitchen and making ice sculptures. After his stint at sea, Karl attended the Culinary Institute of America (CIA) and got through in only two years for experience earned through his colorful culinary career to date. 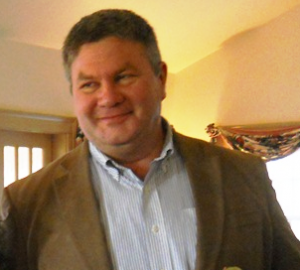 After CIA, Karl took a job as a cook in a ski lodge at Magic Mountain in Vermont. A story is told that Karl had a friend there whose father was a veterinarian. The friend knew that Karl had a very tight budget to produce varied and vast amounts of food for hungry skiers, so asked him if he would like the testicles of the bullocks that his dad was castrating as the country folk routinely cooked and ate them. Karl did his research and made something traditionally known as Rocky Mountain Oysters. The skiers declared the stew delicious. One of the skiers was a food writer for the NY Times and he wrote of his ski weekend experience and the food at this lodge.

Somebody at the “21” Club read the article and decided they needed a young man like that working for them and plied Karl from the mountains of Vermont to the Big Apple. Karl worked at the renowned “21” Club in Manhattan in a number of positions as burger chef (yes, he knows the secret of the famous $21 “21 burger”) , management-staff liaison, and finally as Director of Purchasing. In those days, purchasing was a murky cash business, occurring at night with body guards!

Jane came into the picture when she filled in as a date for a young man whom Karl was to show around the NY City restaurant scene. Jane and her date surprised Karl who was in his sweatpants watching TV, but being the nice guy he was, Karl introduced Jane and her date to the restaurants in East Village.  The next day, Jane kissed her date goodbye, joined Karl at the Opera (much more to both their liking) and the rest is history.

Jane was born in Bombay, India, where she lived for the first six years of her life. From there, the family had short six-month stint in Paris before moving to Hong Kong for the next eleven years, following her father’s career with the Hong Kong Shanghai Bank. Jane attended boarding school in England, and eventually, the whole family relocated there, where Jane continued her studies at Southampton University then Bristol University. 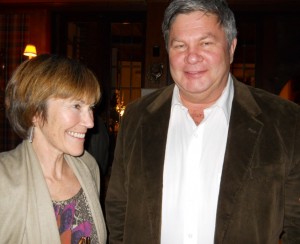 After college, Jane moved to London and worked for the BBC’s Radio Four writing concert intermissions pieces such as Letters Home from Hollywood by Charlie Chaplin, HG Wells, and Schoenberg. Here she got involved in publishing, working on specialty books offering how to’s in careers like IT, Marketing, Economics, etc. and were the pre-cursors to the “For Dummies” series. The publishing company Jane worked for was eventually acquired by Macmillan and Macmillan acquired St Martin’s Press for access to the American printing houses. This brought her to New York where she met Karl.

After being married, two children were born – John (now in graduate school in the U.K.) and Kate (a recent college grad).  Even before they came along, however, Karl and Jane decided Manhattan in the early 1980s was not the place to raise children (“too many needles in the playgrounds,” said Jane).

“We used to spend every weekend we managed to get going to inns within a 3-hour drive of Manhattan as a getaway,” reminisced Jane. “We read in the Sunday NY Times of a seminar called How to Own & Operate a Country Inn run by Bill Oates. We drove to Eagles Mere, PA, and passed tests as a couple that could work together without turning into alcoholics and hating each other. We looked into how we could get a place of our own. Then Historic Deerfield hired Bill as a consultant to make one last attempt to save the money pit that was Deerfield Inn and its parlous reputation. We interviewed, we were hired with a two-year management contract, and we turned the inn’s losses around in two years,” finished Jane.

That was 27 years ago, and the plans to travel around the world then are still on hold, for the time being!  In fact, Jane tells an amusing story about a couple who came to the inn shortly after Karl and she arrived there.  They planned a large family event, working closely with Karl and Jane on all the details. Fast forward, more than twenty years and the same guests came back to plan another family reunion.  Jane got a big kick out of the same gentleman asking Jane “what ever happened to the lovely young couple that used to work here?”  Jane took great pleasure in explaining that she and Karl are still there! 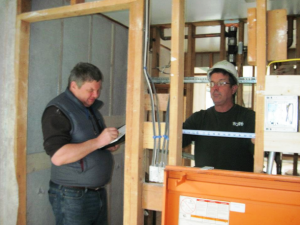 Although time away from the inn is rare, especially after the last 18 months of Post-Irene rebuilding and subsequent reopening, Karl and Jane like to hike the state parks and hills in the Deerfield Valley.  Jane is an avid reader and Karl loves to putter with many on-going projects. Karl’s hobby is beekeeping. He loves to sit out by the hives when he ends his day and listen to the bees. In all her spare time, Jane is a hospice and animal shelter volunteer.

When asked to share an innkeeping story, once again, Jane’s response showed the endearing aspects of B&B innkeepers and their guests. “These are the kind of open-hearted guests that make being an innkeeper such a joy and such a pleasure,” said Jane.

“A field mouse seeking warmth crept into an elderly guest’s slipper at the inn. We never saw evidence of a mouse in the inn, so where did this little one come from? The guest put his foot into his slipper and screamed. The mouse screamed back and they both ran to opposite ends of the room. I rescued the mouse in a Have-a-Heart trap and the guest had brandy in his coffee. Every year until he died, for fifteen years – that guest sent me a mouse-themed Christmas card and a mouse ornament,” shared Jane with a smile.

Karl is the outgoing President of the Distinctive Inns of New England.  Along with his fellow DINE colleagues, he agrees that it’s the innkeepers’ and their guests’ stories that make a DINE getaway the perfect New England holiday. 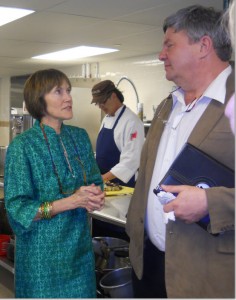 Jane and Karl show DINE colleagues around the newly re-built kitchen during a recent meeting at the Deerfield Inn. 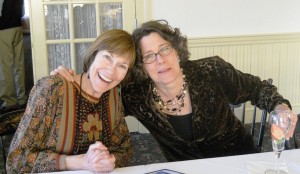