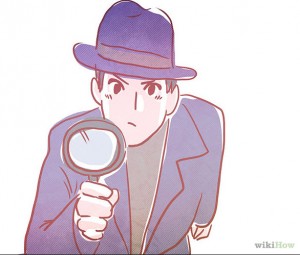 If you follow the Distinctive Inns of New England on Facebook, you may have seen some recent posts with mystery photos.  The 11 DINE inns have started a fun new Facebook campaign asking readers to identify where the mystery photos are located.  Mind you, these are not easy but the payoff is great.  The Distinctive Inns of New England are giving away complimentary nights, robes, restaurant certificates and more to the insightful winners who guess the mystery photo.

If you are not yet following Distinctive Inns on Facebook, start now. Simply click here and “like” the page.  You’ll not only find ways to win free stays and other prizes, but we promise to delight you with our Monday Morning Ha-Ha cartoons and our Wine Wednesday missives.  It’s a lot of fun to follow DINE on Facebook.  You’ll be the first to know deal alerts and last-minute availability announcements for your quick romantic New England getaways!

Just in case you missed the two mystery photos we’ve posted so far, we’ll post the photos and their story again here.  You’ll have to visit our Facebook page to find out the answer on where they are located.

After witnessing the resident frog in our frog pond struggle to get up over the edge of the pond, our handyman and jack of all trades, suggested we build a frog ladder to help the poor thing get out of the water more easily. The innkeeper, thinking the suggestion was kind, but a little out there declared, ” go ahead and build the ladder but I bet you $100 that the frog will never use it.”  Initially, the innkeeper got to bask in a sense of “I told you so.” The frog was studiously avoiding the ladder. After three weeks, however, there he was, right smack in the middle of the ladder! Now the frog not only uses it as a means of exiting the water but also as a favorite spot to stay partially submerged while watching the world. This of course meant that the innkeeper had to pay their handyman the $100 she had bet. So, now the inn has what is probably the world’s most expensive frog ladder. Even their amphibian guests get star treatment! 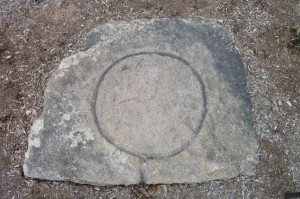 The Story of the Lye Stone

Lye Stone that we found on our property when we were renovating/landscaping our new Captain Clark House.  During early pioneer days lye stones were used to help leach lye from wood ashes.  Groves were carefully cut into flat stones to help collect/channel lye from barrels that were placed on top of the lye stones filled with wood ashes.  The collected lye was a very important and necessary product for early settlers, and was used not only for making soap, but also for processing dried field corn into hominy.  Early soaps were made by combining lye with rendered animal fat.  You can learn more about Lye Leaching Stones at: http://stonestructures.org/html/groovedstones.html.

If you have not yet started planning your DINE spring getaway, now is the time!  May and June are the ideal times for a romantic New England getaway.  The days are longer and warmer and kids are still in school!  We look forward to welcoming you to one of the 11 Distinctive Inns of New England.  Bring your camera and then post your own mystery photo on the DINE Facebook page!