The eleven members of Distinctive Inns of New England have been busy enjoying a fabulous winter and wrapping up the holiday season.  From flickering fires to New Year’s toasts, romantic getaways to the 11 Distinctive Inns of New England (DINE) have flourished.  And in the meantime, our innkeepers have been busy too.  From TV appearances to national awards, DINE inns have been in the spotlight.  We wanted to share a few of the accomplishments of DINE inns and innkeepers with our blog readers. 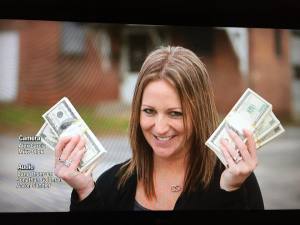 We’re so proud of Jill Mayer, co-owner of The Captain’s House Inn, who won the grand prize of $25,000 on the Travel Channel‘s new show, “Hotel Showdown“. The show is a competition between four one-of-a-kind hotels, and in the case of this show, four inns or B&Bs. The show chronicled each of the hotel owners spending a night at their rivals’ inns then awarding points for their stay, dining and overall experience. The Captain’s House Inn won the most points from the panel of discerning and astute competitors, and had a great time along the way too.  We hope you got the chance to see the show.

Recently BedandBreakfast.com, the leading B&B directory worldwide, announced its top picks for its annual B&B awards and the Rabbit Hill Inn and Inn at Harbor Hill Marina were included on the list. This was the tenth year for the annual award program from BedandBreakfast.com. Finalists were chosen based on a qualitative and quantitative analysis of traveler reviews on BedandBreakfast.com from the past year, and winners were selected by an independent panel of guest judges. The 2014 BedandBreakfast.com Annual Awards guest judges were: Michael Franco, travel writer for TravelMag.com and former About.com B&B guide, Stirling Kelso, freelance travel writer for Travel + Leisure, Money and other publications, Caroline Morse, features editor with SmarterTravel, and Laura Motta, director of publishing for ShermansTravel. Click here to read what guests had to say about Rabbit Hill Inn and Inn at Harbor Hill Marina.

The online travel source, The Bustle, named Newport, RI among the top bucket list small cities to visit for 2015.  Home to DINE member, Cliffside Inn, The Bustle says “Small and secret American cities have an undeniable charm to them, and often a plethora of history that goes hand-in-hand. Small cities may be limited in size and population, but sometimes isn’t that just what you’re looking for? A weekend getaway to a tiny town can be refreshing, and with so many cool points of interest on the U.S. map, there’s really no excuse not to go exploring”.  Many of the DINE inns are located in tiny towns, each worth exploring on its own.  And here’s what The Bustle has to say about Newport, “With a population about the size of a large university, Newport, RI makes for a seaside paradise that is as small as it is beautiful. Walk the piers, check out the town’s mansions, or stroll down the vintage-inspired streets.”  When you make your visit to Newport, choose your accommodations at the Cliffside Inn, just steps from the famous Cliff Walk taking you past beautiful mansions, and with easy access to the harbor and bustling downtown shops and restaurants.

Also on Cliffside Inn’s list of accolades is another AAA Four Diamond Award for 2015.  Cliffside is among just 14 hotels/inns in Rhode Island who received this award in 2015. 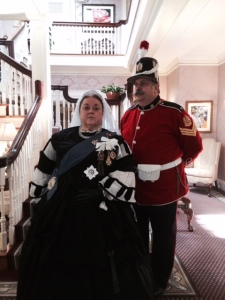 In early December, Queen Victoria and her court were honored guests at Gateways Inn & Restaurant. Well, actually, Sally Mummey who has made a name for herself performing first person portrayals of both Queen Victoria and Mary Todd Lincoln is a well-respected historian on each subject and she and her husband enjoyed a warm welcome and time for a few photos with the Gateways Inn family!

Manor on Golden Pond offers a Fork in the Road

The Manor on Golden Pond is inviting novice and experienced chefs alike to attend their upcoming “Fork in the Road” Cooking Classes, each with its own unique epicurean theme, from apples to New England’s cheeses. Held at the Manor’s elegant country bed and breakfast, these cooking classes give guests a chance to fine tune their culinary skills and learn new recipes from the Manor’s team of professionally trained chefs. An array of dishes will also be available for sampling during each class. For information, click here.

Stay tuned to plenty more news from the 11 Distinctive Inns of New England as we highlight ideas for Valentine’s Day getaways and as always, what makes the inns special and #Notyourgrandmashouse.