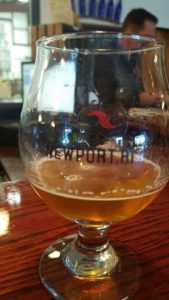 This is the second in our Brew-Inn series, where we highlight favorite microbrewery picks from the 12 Distinctive Inns of New England (DINE) innkeepers.  Last week we covered a wide range of wonderful microbreweries in Massachusetts suggested by our innkeepers at Gateways Inn, Harbor Light Inn, Captain’s House Inn and Deerfield Inn.  Today, we’re focusing on Newport, Rhode Island, and highlighting Newport Craft Brewing & Distilling, the microbrewery and distillery favorite of Nancy and Bill at Cliffside Inn and makers of Newport Storm craft beers. No romantic getaway to the Cliffside Inn or Newport, RI is complete without taking a tour and tasting at Newport Storm.

Just to refresh her memory about Newport’s only microbrewery, Nancy did her own research and recently took a tour of the Newport Storm brewery.  Founded in 1999 by four college friends, Newport Storm Brewery claims to be the original craft brewer in Rhode Island. The brewery has created more than 100 distinctive beers from their flagship Hurricane Amber Ale to seasonal brews made with Rhode Island grown ingredients, to beers aged in rum barrels, the brewery has been in the vanguard of craft brewing for nearly 20 years, long before craft brewing was a trend.

And because all good sailing towns have a need for rum to keep the crew happy, in 2006 the Newport Storm crew began distilling craft spirits. This time around they were the first distillery in Rhode Island in 135 years, maintaining their cutting edge position in the spirit of spirits. In fact, their motto is “Made of Sea & Spirit”.  Currently, Newport Craft Brewing & Distilling produces whiskey, a single barrel rum,  and an overproof white rum, a favorite among the sailing community here. 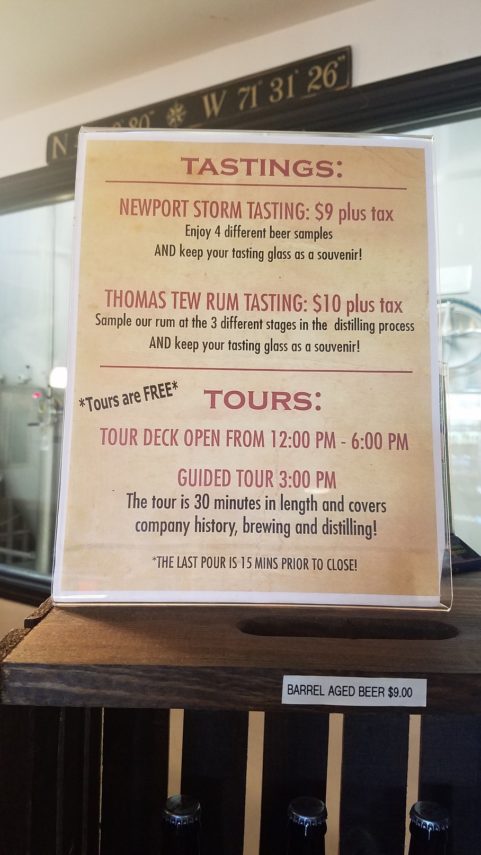 Guided tours take place daily at 3:00pm every day that the facility is open (which is 6 days a week; closed on Tuesdays). Private tours are available for 10 or more guests, so if your boat has a large crew or you’re traveling with others, feel free to call and schedule your own guided tour and tasting (401-849 – 5232).  The self-guided tour deck is open during Brewery hours of operation – here’s where you can skip the tour, go right to the tasting and simply get a nice view of the whole operation! 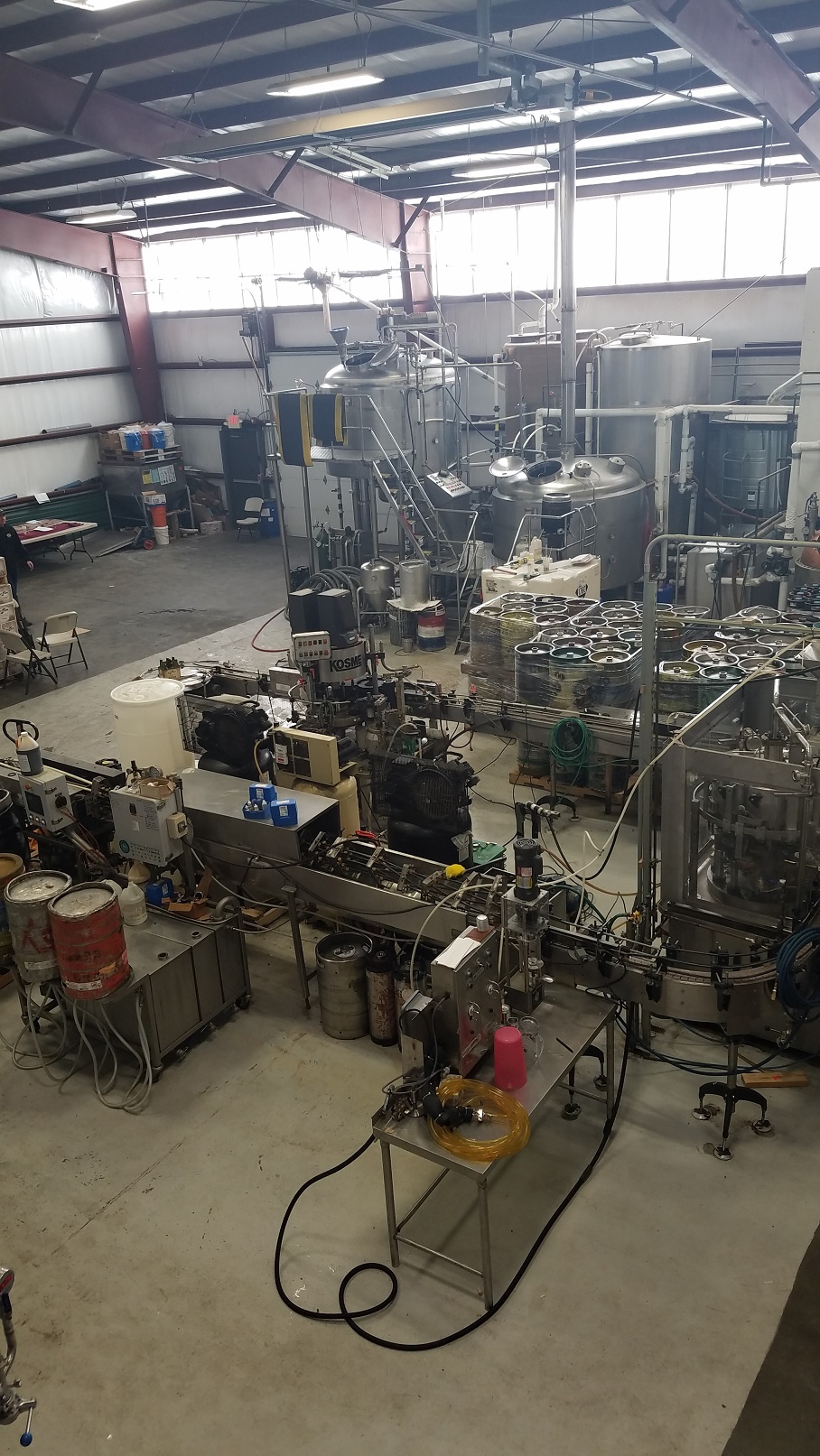 Of course no microbrewery or distillery tour is complete without doing some tastings. Cliffside Inn guests have enjoyed the opportunity to tour and taste here.  Beer Tastings include four Newport Storm Beer samples and a complimentary souvenir tasting glass for just $9.00.  Rum Tastings include three stages of Thomas Tew Single Barrel Rum and complimentary souvenir tasting glass for $10.00. 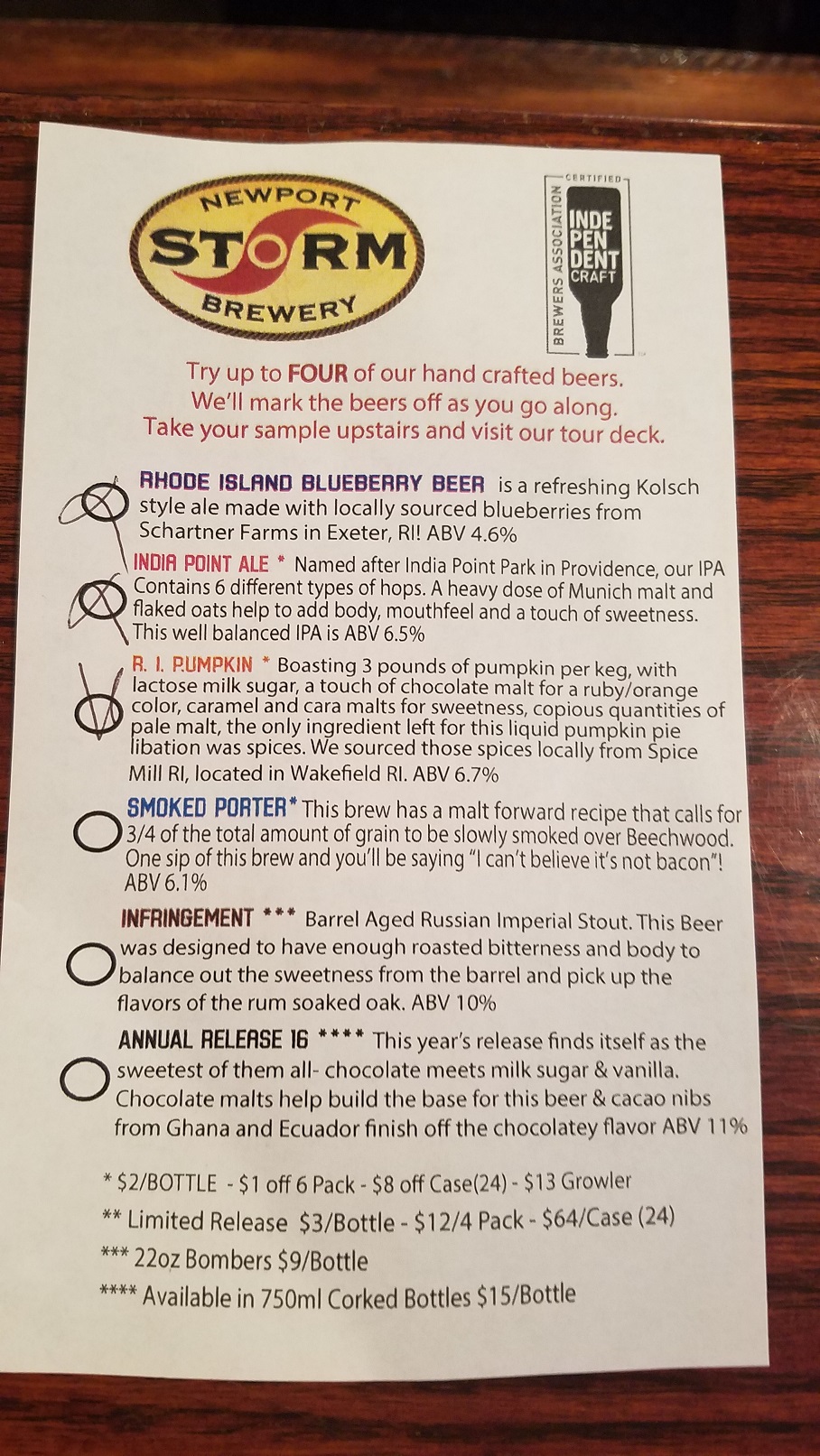 Newport Storm Brewing is open Sunday, Monday, and Wednesday from noon to 5:00pm and on Thursday, Friday, and Saturday from noon to 6:00pm.  It’s a favorite stop for Cliffside Inn guests.  The craft beers, rums and whisky are also available in selected stores regionally too. Next time you’re visiting Cliffside Inn, ask Nancy about her visit to Newport Storm.  She’s an enthusiastic supporter of Newport’s local craft spirits and you will be too once you try it.

Tune into the DINE blog next week for the next in our Brew-Inn series and more advice from innkeepers in DINE country for great watering hole recommendations and favorite microbreweries.

Visit each of the Distinctive Inns of New England by clicking below on links that will take you directly to each of their websites.  Better yet, visit them in person for your next microbrewery getaway in DINE country.

In Connecticut: Inn at Harbor Hill Marina in Niantic.