This blog was inspired by a recent photo shoot at Grafton Inn in Grafton, Vermont, one of the 12 Distinctive Inns of New England (DINE).  When reviewing the photos, it occurred to us that even breakfast food can be a work of art.  No one knows breakfast better than innkeepers, but when it comes to taking it to the next level, DINE innkeepers are masters.  We say it over and over again…there’s a reason the acronym for Distinctive Inns of New England is DINE.

Come for a romantic getaway to any of the 12 Distinctive Inns of New England and you’ll start each day out with a beautiful and bountiful breakfast. Just to give you a taste of what’s in store, we’ll share some of our favorite breakfast recipes here, followed by a photo gallery of wonderful breakfast spreads to get you excited.  Let’s go. 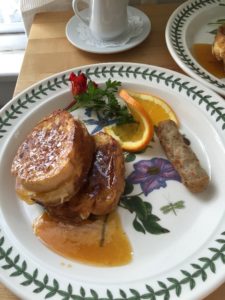 Cut the French bread into diagonal slices about ½ inch thick.   In a small mixing bowl beat together the softened cream cheese, ricotta cheese, dried apricots and apricot preserves.  Spoon about 1 Tbsp. of  the cheese mixture into each pocket. (The stuffed bread slices may be prepared the day before serving and refrigerated overnight in a tightly sealed plastic bag.)

In a mixing bowl beat the eggs, milk, vanilla, cinnamon, and nutmeg until combined. Melt the butter on a preheated, 350° F. griddle. Dip the stuffed bread slices into egg mixture and cook until golden brown, turning once. Serve with orange syrup.

Combine all ingredients in a saucepan.  Heat over low heat, stirring occasionally, until butter is melted.  Do not boil.  Remove from heat and cool for 10 minutes.  Using a rotary beater, beat until slightly thickened.  Serve warm over the French toast.

½ cup half and half

Salt and pepper to taste 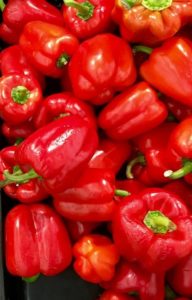 Cut 4 deveined and seeded peppers into strips. Place in glass baking dish. Sprinkle thinly sliced cloves of garlic from ½ a head of garlic over the peppers. Drizzle about 1/3 cup of good quality extra virgin olive oil over the mixture along with the juice of 2 large lemons. Roast, stirring occasionally, until the peppers are soft but not browning. Can be stored in fridge for up to 10 days.

Brush the outside of the mushroom cap with a little olive oil and roast about 15 minutes.

Beat together the eggs, half and half, chives and salt and pepper. Melt the butter in a large skillet and scramble the egg mixture adding in ¾ of the shredded cheddar. Scoop a nice mound of egg onto each

mushroom cap over the other layers. Sprinkle with remaining cheddar and sprinkle with parmesan. Return to oven just to melt cheese and serve. 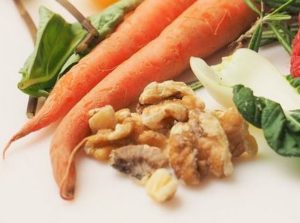 Toast the pecans or walnuts for about 8 minutes and until lightly browned and fragrant. Let cool and then chop coarsely.

Peel and finely grate the carrots and apple. Set aside.

In large bowl whisk together the flour, sugar, baking soda, baking powder, salt and cinnamon. Stir in the nuts and coconut. Set aside.

In separate bowl whisk together the eggs, oil and vanilla. Fold the wet ingredients, along with the grated carrot and apple, into the flour mixture, stirring just until moistened. Evenly divide the batter between the prepared muffins cups and bake for 20 – 25 minutes or until a toothpick inserted in the center comes out clean.

Remove from the oven and let cool on a wire rack. After about 10 minutes remove the muffins from the pans and cool completely on a wire rack before frosting.

Beat the butter and cream cheese until very smooth with no lumps. Gradually beat in the powdered sugar until fully incorporated and smooth. Beat in the vanilla.

And don’t miss a gallery of gastronomic goodness – breakfast is served at DINE inns. 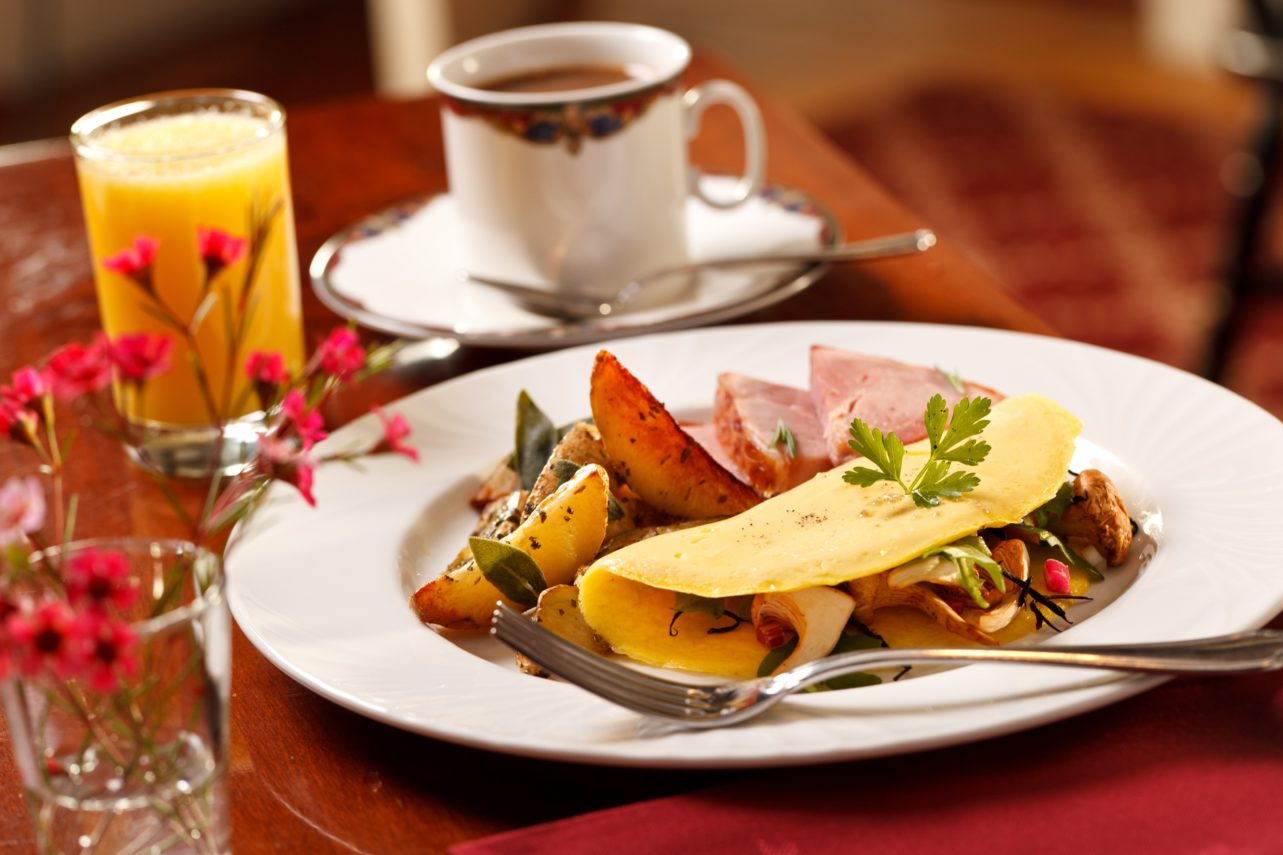 A delicious breakfast is served at Rabbit Hill Inn 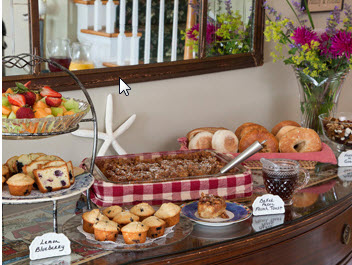 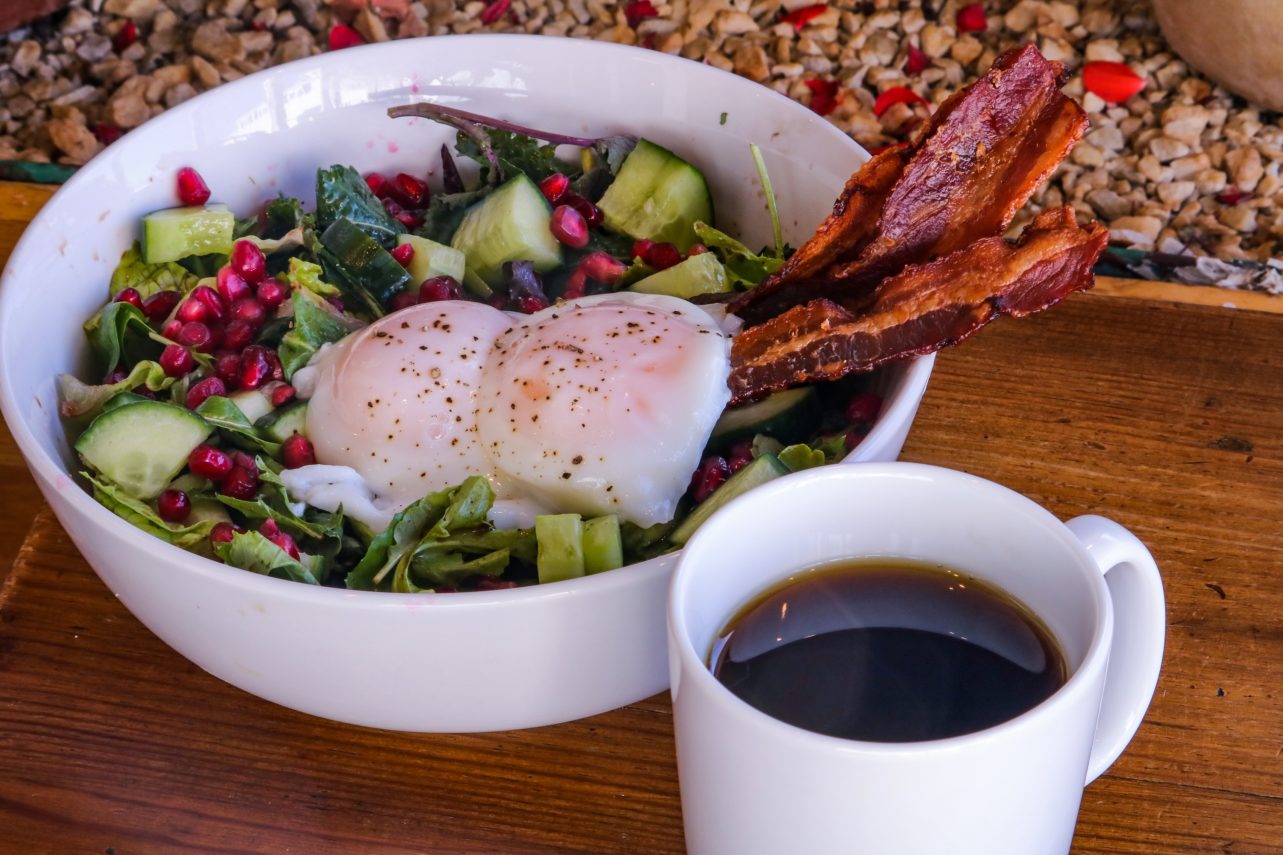 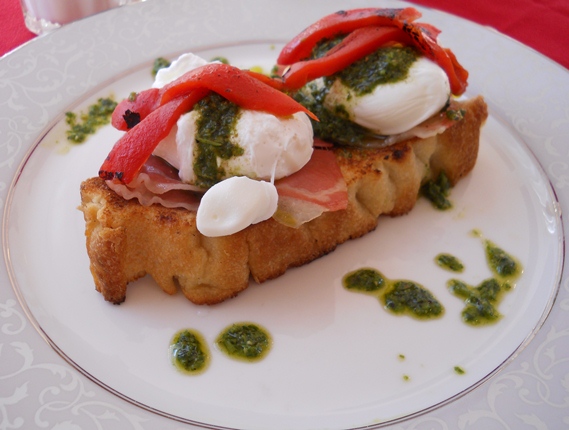 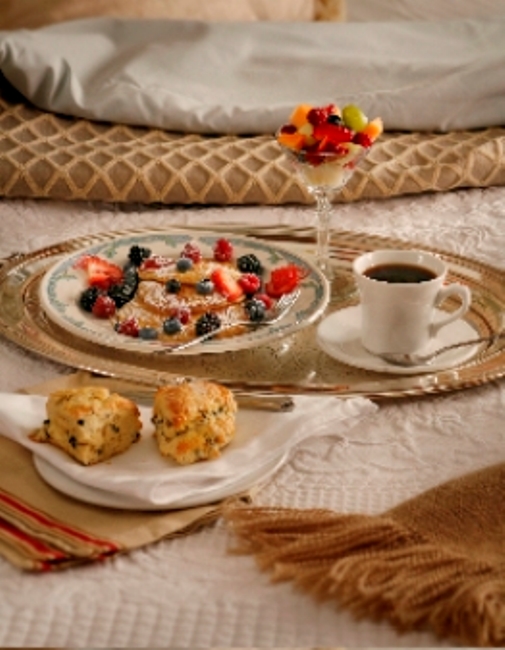 Breakfast in Bed at Chesterfield Inn 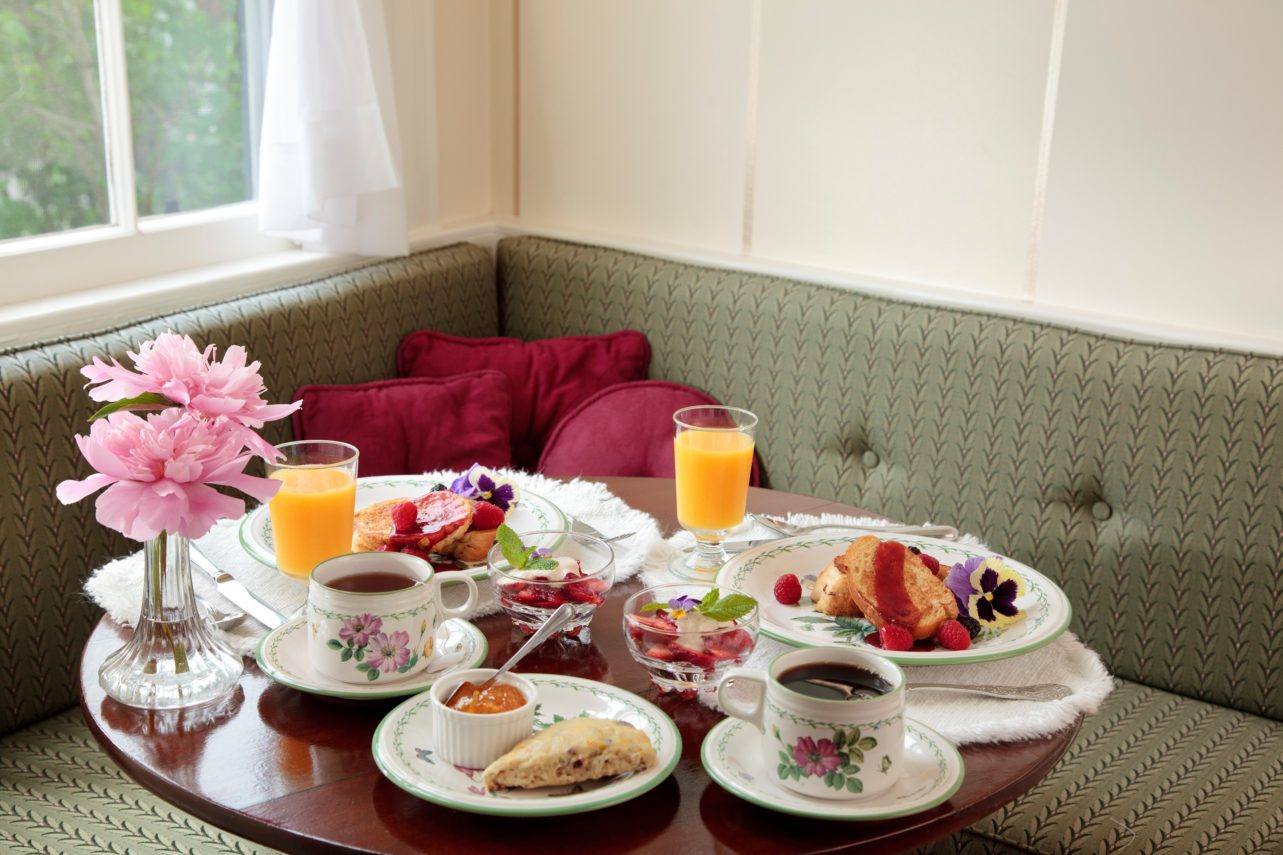 A colorful breakfast is served at Captain Jefferds Inn 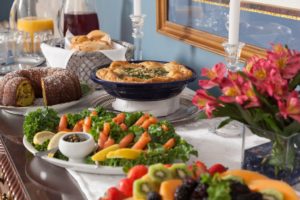 To view more recipes from DINE inns, click here. Next time you’re in the mood for a beautiful, bountiful breakfast, leave it to your favorite DINE inn.  Book direct at any of the member inns.